Q4 of 2020 saw a relatively steep decline in mobile and social threat levels, while mobile still remains the highest producer of threats overall. This trend piqued our interest and got us digging into why we saw a drop.

Ultimately, what we found was unsurprising: increased mobile and social ad spending points to higher demand than other quarters, which likely drove up malvertiser costs and served as a deterrent to highly price sensitive malicious actors. 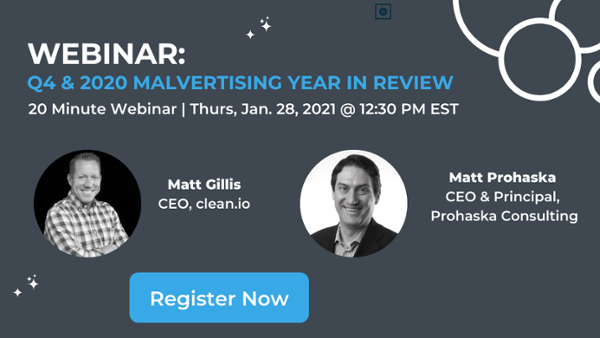 Mobile ad spending has been increasing both year-over-year and quarter-over-quarter through the first couple quarters of 2020.

PubMatic found that mobile advertising spending in Q2 of 2020 was 71% over that of Q2 2019. It was also 8% higher than Q1 2020, and given the timing of the US election cycle and the extended holiday discount season, we expect the trend to continue through Q3 and Q4 of 2020.

While increases in demand and mobile spending may result in higher CPMs, mobile remains a very attractive avenue for malvertisers to use in carrying out their campaigns.

The findings in our Q4 SMART (Summary of Malicious and Reputational Threats) Report bear this out very clearly. While the larger scale, single point attacks are happening on desktop, mobile maintains a consistent threat level and is still responsible for the most total threats across the quarter.

Similar to the trends we see on mobile, social spending is on the rise as well.

For example, CPMs for Facebook increased significantly going into the fourth quarter. 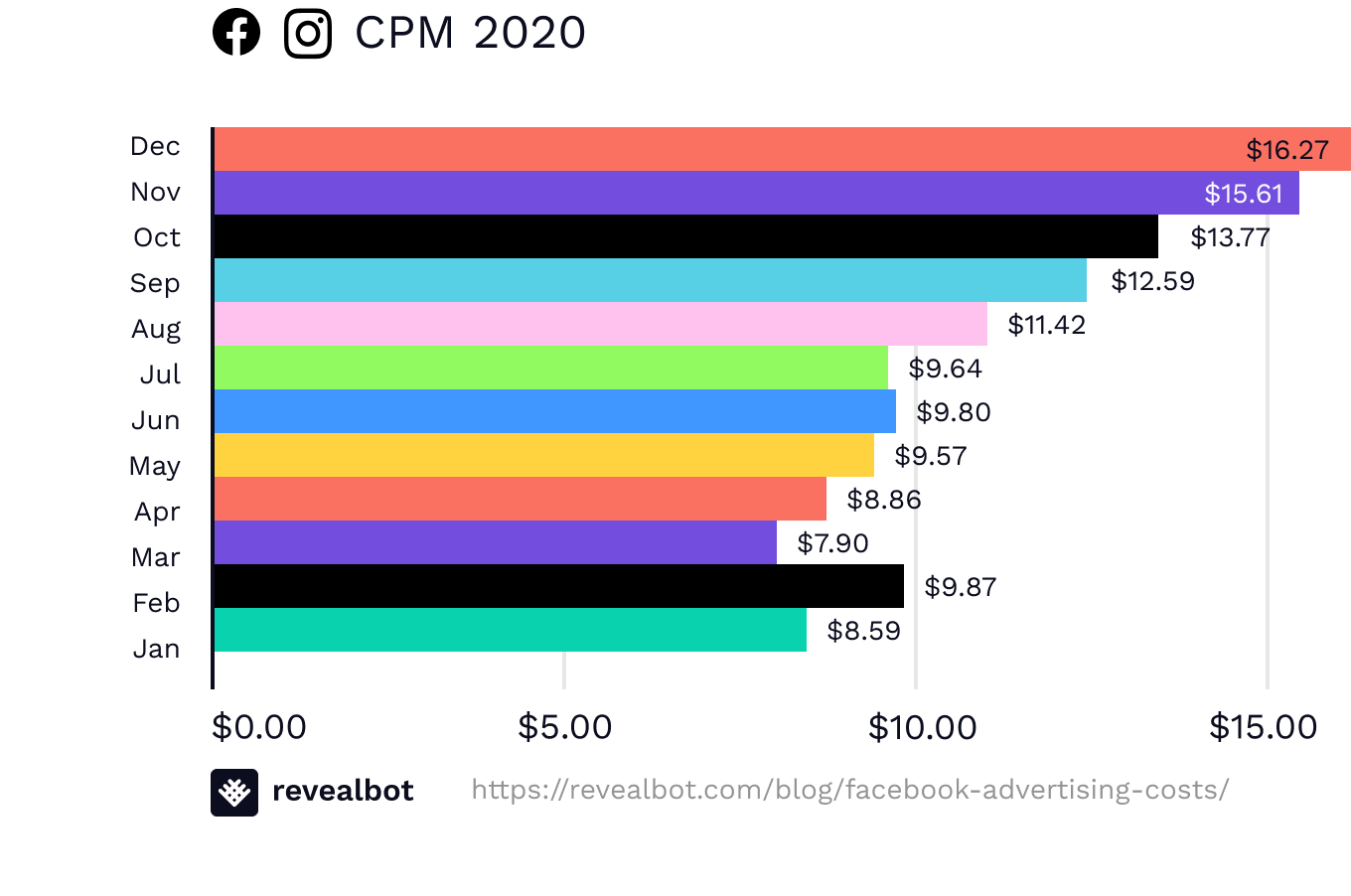 This change in spending corresponds quite closely with a drop in threat level on Facebook, and across social browsers in general. 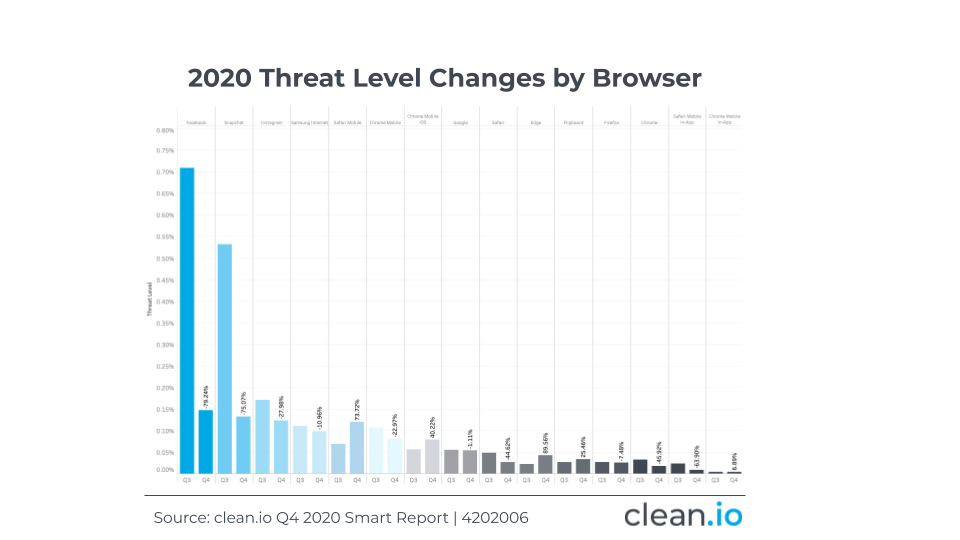 Facebook browser saw a 79% drop in threat level, and while still responsible for a large percentage of overall threats, this is a precipitous drop.

It stands to reason that higher CPMs have helped to crowd out malvertisers and reduce the overall threat level on social browsers.

Similar to the trends we're seeing with mobile threat levels, the most important thing to keep in mind is that social media is where users are, and while higher CPMs may help reduce major spikes in social threat levels, social media will always be a highly targeted avenue for malvertisers.

When looking at 2020 as a whole, we saw that drops in mobile and social advertising costs early on in 2020 due to COVID reduced the barrier to entry for bad actors to purchasing advertising. This led to an increased threat level early in the year, particularly on mobile and social browsers.

The return of brand advertisers in the latter half of the year has driven up CPMs and we've seen a corresponding drop in the threat level on mobile devices and social browsers. They do, however, still remain the most targeted browsers and devices.